Well, my wife didn’t buy me a Lamborghini, yet, I am writing just one more post.

We were just siting and watching some boring TV program, and could here a distant noise. After a few minutes, we could tell that there were some children singing songs, beating the drums, and knocking on all doors. They are very loud, louder than we were used to, but we wondered what the children were up to. After some time, there was silence. We heard the footsteps, the hustle-bustle and the murmurs. We know they were coming towards our door. It obviously was something nice, we hoped. 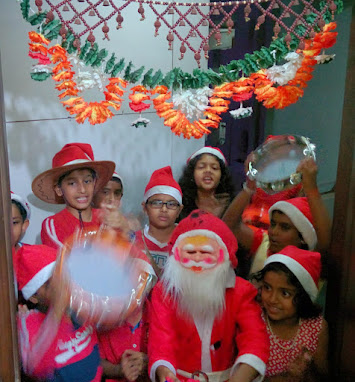 The bell rang, and my wife opened the door. And that was the view. They started singing, beating the drums again, and shouting.

The little Santa offered a bag of gifts, and we took 3 chocolates. And then they invited us for the Christmas celebrations which would happen the next day. Here are some photos from the event.

It was red all around. Kids and their parents, all in red. And there were 2 Santa Claus(s). There was some dancing, singing and some more. 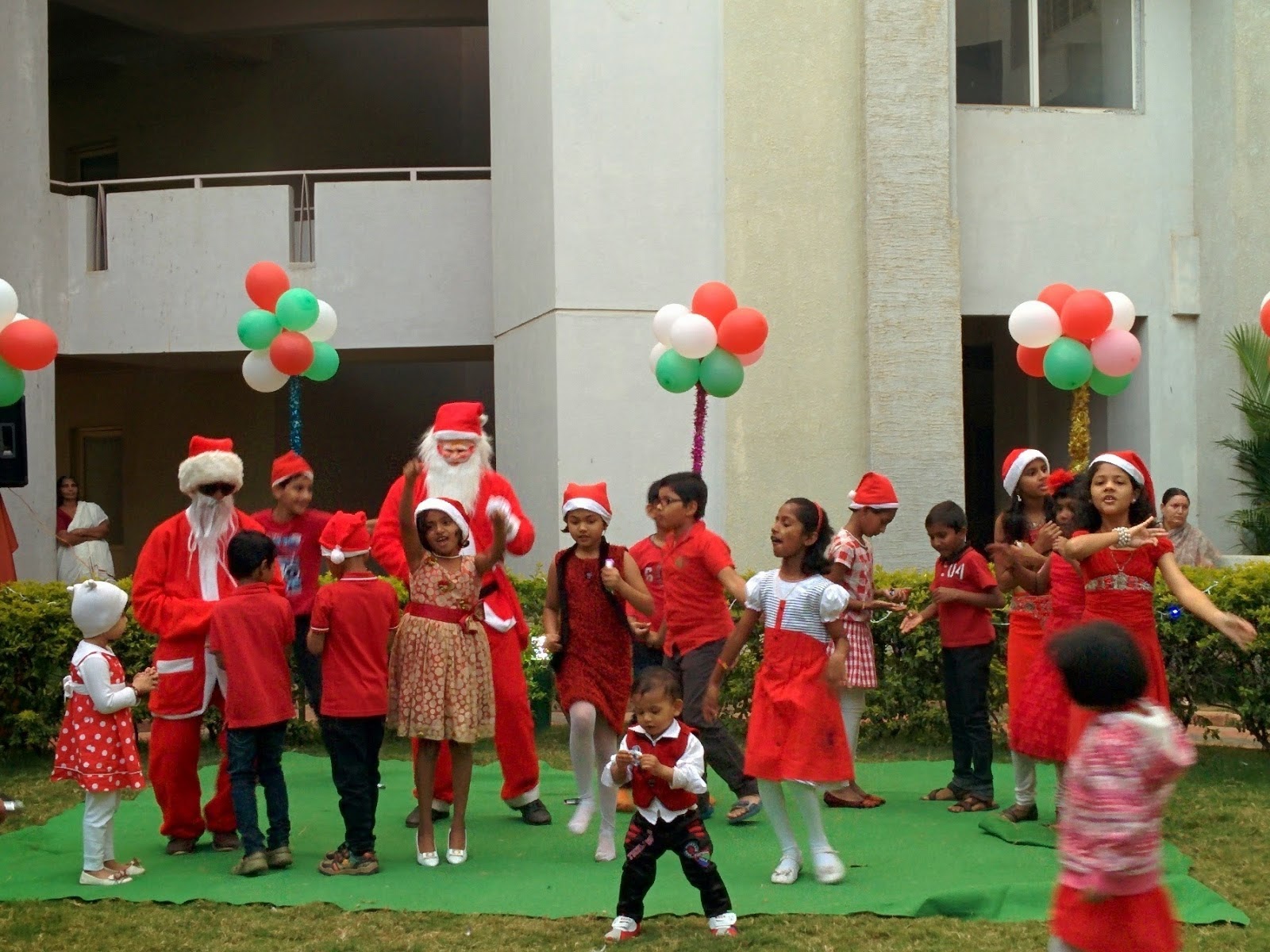 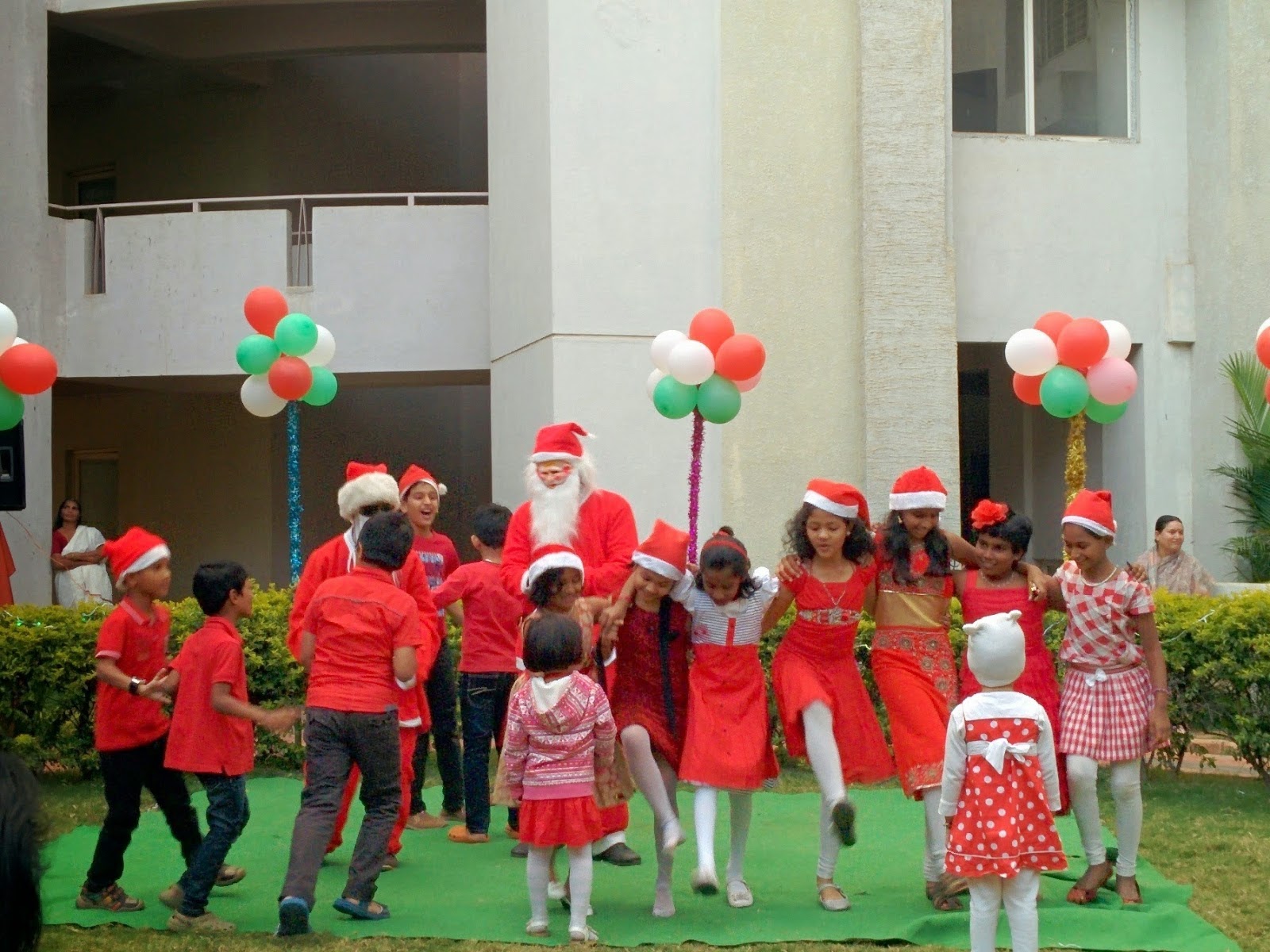 We got plum cakes as well, which the wife was craving for so many days now. And she was really excited when the kids invited us to the party. She was, actually, in her mind, hoping that they will distribute Plum Cakes after the party. She just randomly makes a wish, and wishes for the wish to be fulfilled that very moment, just like magic. If she doesn’t get what she wants at that moment, she doesn’t want it again the next moment. I really can’t express how it works for her, but she is like a wishing(not washing) machine. And most of the wishes don’t come out from her mouth. I am supposed to read her mind. The only thing I could try is keep playing the guessing game. Believe me, it’s not as easy as a multiple choice question with 4 options. It might well be a question, which has either no options, or has millions of them.

But now, since she got her plum cake, I can take some rest, and breath normally, until she wakes up in the morning.